Welcome to an Oral & Facial Surgery Center that Centers on You 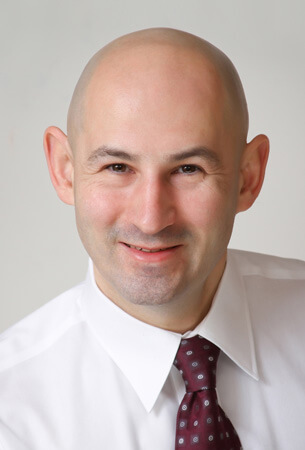 Need a competent and compassionate oral surgeon for a same-day appointment without the stress that often accompanies visits to a dental office? You’ve got it. Dr. Dmitry Tsvetov is an experienced and Board Certified Oral & Maxillofacial Surgeon who has the capability to handle complex cases ranging from dental implant surgery and wisdom tooth removal to oral pathology cases efficiently, resolve complications and advise patients on proper aftercare, all with the goal in mind to deliver optimal comfort and secure the most favorable outcome for his patients.

Awards and certifications that speak louder than words

Dr. Tsvetov practices in all fields of oral surgery and specializes in pathology, pre-prosthetic bone grafting techniques, and dentoalveolar and implant surgery. He has worked long and hard to become a master of the craft and gain the ability to give patients their desired outcome and a comfortable overall experience during treatment. So how did his journey begin?

After getting a bachelor’s degree in biochemistry at UCLA in 1996, he set out to pursue his dream of becoming an oral surgeon at the Columbia University School of Dentistry, where he earned the U.S. Army Health Professions Scholarship. By 2001, he had completed his DDS degree. He then entered an oral and maxillofacial surgery program at the University of Texas, where he also completed a general surgery internship, earned a medical degree and completed his residency in 2007.

But he did not stop there. Dr. Tsvetov served in Germany as a major in the U.S. Army Dental Corps where he continued to gain experience and grow professionally as an oral surgeon. After receiving an honorable discharge, he joined a private practice in Massachusetts, but soon decided that his heart was in his home state of California, which is how Riverside County got its premium oral surgery practice.

Dr. Tsvetov is a proud recipient of many military awards, including the Army Commendation Medal, a Fellow of the American Association of Oral and Maxillofacial Surgeons and a diplomate of the American Board of Oral and Maxillofacial Surgery. His journey is far from over and he continues to take active part in dental conferences held across the country.

We strive to make your experience at our office as relaxing and comfortable as possible. The first step in the process is a thorough, free-of-charge examination and a detailed consultation during which Dr. Tsvetov will answer your questions and give you his recommendations on the optimal course of action. Dr. Tsvetov focuses on each patient and crafts an individualized plan of care that addresses the patient’s issues, caters to their needs and meets their expectations. He will walk you through the process and enable you to prepare for your upcoming surgery.

At our practice, we care deeply about your wellbeing and providing you with outstanding care and lasting results. Here is how we strengthen and extend the benefits of your treatment and ensure your safety and satisfaction before, during and after the procedure:

We are here to cater to your needs and serve your best interests as comfortably and conveniently as possible. Contact us any time and let us set you free from pain and discomfort.

Put your oral and dental health in safe hands